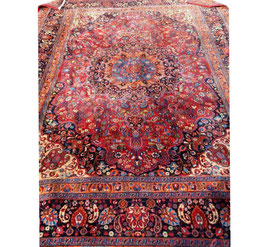 Saber:  Master Saber worked with the Amoghli brothers until around 1940, at which point he left to open his own workshop to produce extremely fine rugs of his own. As he was producing on a much smaller scale than the Amoghli brothers his pieces are far rarer today, and thus highly sought after. Saber rugs are still woven today by Master Bazmi, as agreed upon by Saber & his family before his death in 1977. Yellow-orange dyed: Yellow - Derived from the achiote tree, Annatto seeds are pulverised to create a yellowish-orange dye colour. Interestingly, the wood shavings from the Osage Orange tree are also a common source of the natural yellow colour tonings we regularly see in vegetable dye rugs.

Green dyed: The colour green is one of the rarer natural dyes which is attributed to the complexity of the production process as well as the difficulty of achieving a colour tone that is pleasing to the eye. Normally indigo with rhamnus flower extract to a darker green. Antique Persian probably Tabriz or Kerman because of the “Sickle leaf, vine scroll” and floral patterned, circa first half of 19th century.

This room size masterpiece showing traces of use. 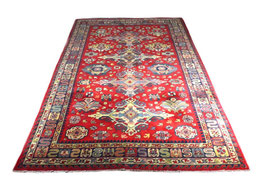 A masterpiece Chelaberd Karabakh or Karabagh rug, circa second half of 19th century. 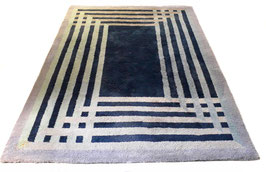 Blue, pale lilac, pale orange, and grey Middle-Atlas Berber rug, labeled as Rabat rug. An extraordinary wool quality that feels like silk. This custom made rug from a private collection provenance, was designed to match to the perfect lines of the room, 1970s.

Moroccan rugs become popular in the 1920s when Le Corbusier and Alvar Aalto used as presentation for their design.

The Moroccan rug motifs also influenced designers such as Ivan Da Silva Bruhn and Vladimir Boberman. American Interior Designer Francis Elkins used them in some of her most notable interiors in the 1930’s and 1940’s.  The grand couturier and style icon Yves Saint Laurent also got inspired by a Beni Mguild rug for his YSL´s avant guard runway collection in 1969, also as motifs for YSL´s headscarves, mostly in the 1970s.

In a very good vintage condition.

Set of two wool-post-modern rugs, signed IBS on the down right corners. We dont know anything yet about designer or manufacturer. We keep proceeding our research to provide the right information about, as the back label is partially readable.

we can no deliver yet a price as long we don´t have more precise information about.

The both pieces are in good condition, only a drop of paint has found on the superficie. 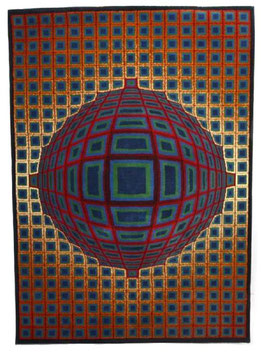 Wool machine wolven on cotton canvas. the label on the back has gone. We still on proceed with our research about manufacturer helped by  Vasarely Foundation in Aix en Provence.

This rug is in excellent condition! 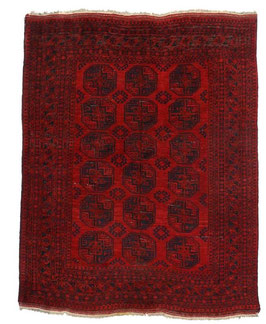 Since in the late 19th century Turkmen Ersari carpets of this type often decorated libraries in British Houses and Villas.

Place of Origin Turkmenistan-Afghanistan Border area. Date of Manufacture, circa 1900/20. Materials and Techniques Hand-Knotted Wool Excellent condition, full pile, some Abrash color changes due to different wool. Wear consistent with age and use

A genuine handmade thick, woolen rug with a shaggy pile, originally handwoven in Greece also produced for daily use by Nomads in central Anatolia. Particulary made of tufts of Angora type goats wool, hand knotted on a woolen Kilim. 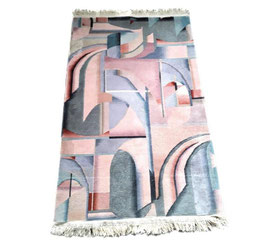 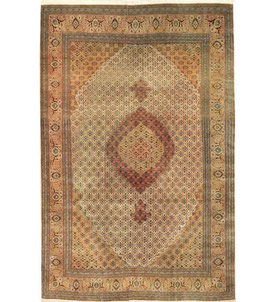 Tabriz Mahi are classic rug, classified as prestigious rugs. A central medallion which is preferred, but there are also carpets with figurative scenes, such as hunting scenes.

These carpets are knotted in the Turkish knot or Ghiordes (unlike the Safavid era, where we used the asymmetrical or Persian knot). There are six standard grades of Tabriz: 25, 30, 35, 40, 50, 60, these numbers corresponding to the number of knots in a punzeh (7 cm). Quality 35, for example, corresponds to 2500 knots/square decimeter that is to say, 35:7 = 5 knots per inch, giving 25 knots per square centimeter and 2500 knots/square decimeter. Common sizes are sedjadeh (prostration, size 180x120cm +- Turkey, also used in the province of Hamadan and Tabriz) and large formats from 200 x 300 cm.

Warp and cotton weft, double for the weft.
The woolen Medium height or extremely short pile can be accented with natural silk to animates the scene. The regional wool who is particularly strong and rough.
At the beginning of the century, rare specimens, among the most beautiful Persian carpets were knotted in silk.

Iran Tabriz. North-west of Iran, in Azerbaijan province, near the Russian border and Turkish city of Tabriz remained for centuries one of the most important centers of Persia, and in the thirteenth century It was the capital of the empire of the Mongols.

This rug is in excellent vintage condition, absolutely clean.